This is the 122nd year of the BBC Proms at the Royal Albert Hall, which means more than 90 concerts over eight weeks, including four Last Night celebrations around the UK. Over the last two years in particular I have taken a great interest in this festival. Last year I went to 12 proms (highlights including Belshazzar’s Feast, late night Bach, and Tchaikovsky 4 with Barenboim), and this year I’m looking to beat my high score.

But what is there to see? What am I really excited about seeing? What’s new? I’ve got my official guide ready, and I’m going to talk you through some of the highlights and must-sees!

The only major change this year is that there are many Saturday afternoon concerts, that in a way are completely revolutionary. Previously there have been concerts at Cadogan Hall, which I’ve never really bothered with. However, this year they are at a range of venues across London. You can see Rossini in ht Old Royal Naval college Chapel in Greenwich (6 August), contemporary works, including the first performance of a commission from David Sawer, at the Roundhouse in Camden (20 August) and one I’m particularly interested in-a programme of Steve Reich in a multi-storey car park in Peckham (3rd September)!!

As there are no massive composer anniversaries this year, there are no featured composers and the season’s themes are very wide-ranging. To make up for this, the proms have decided on a Gospel Prom on the 19th of July with the London Adventist Chorale and London Community Gospel choir after the success of the first ever Gospel Prom in 2013, when the programme was decided by Roger Wright (Radio 3 controller and director of the Proms). They have also included a strictly prom on the 21st of July, with Katie Derham as the presenter/dancer, a David Bowie Prom on the 29th July, a Jamie Cullum Prom on the 11st of August, and a Quincy Jones Prom. These are in addition to, of course, my favourite events of the season-the Cbeebies and Ten Pieces Proms (the latter with the legendary DJ Mr Switch playing the infamous Turntables).

We are treated this year, to coincide with the Olympic Games in Rio de Janeiro, a Latin America theme. I am eagerly anticipating my first live view of the Simón Bolivar Orchestra with Gustavo Dudamel (4th September), and it will be great to see works by Villa-Lobos, Paul Desenne and Ginastera. Marin Alsop also conducts the Sao Paulo Symphony Orchestra on the 24th of august. You may have spotted the Peruvian tenor, Juan Diego Flórez, starring in the Last Night of the Proms on the 10th of September, this year conducted by the BBCSO’s chief conductor Sakari Oramo, who started the proms season off with a bang last year. 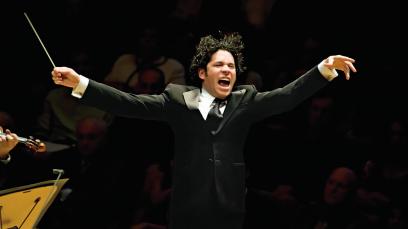 He returns this year too, to perform what is quite an outstanding programme again on the 15th July-first night of the 2016 BBC Proms. He, along with the BBC Symphony Orchestra and Chorus will perform Tchaikovsky Fantasy Overture (properly), the Elgar Cello Concerto in E minor, and a Prokofiev Cantata. However, this is quickly forgotten as the Prom I’m looking forward to the most quickly arises. Bryn Terfel struts his stuff with the Royal Opera House production of Boris Godunov in Russian, conducted by the one and only, Sir Antonio Pappano-I cannot wait!!

The first full week includes the King’s college, Cambridge choir, Ravel’s Boléro and Der Rosenkavalier Suite (AHH!!!) with Valery Gergiev, and the Gospel and Strictly proms, even before we hit the weekend of the 23rd of July. This weekend we are treated to Wagner Die Walkure final scene, and Beethoven 9 with the warewolf (Vladimir Jurowski), among others.

The second week (beginning 25th July) sees the Glyndebourne Opera semi-stage the Barber of Seville by Rossini (in Italian). This is definitely one not to miss-Glyndebourne for £6! You also don’t want to miss Brahms Symphony No.1 with the Stuttgart Radio Symphony Orchestra and Sir Roger Norrington conducting. Friday the 29th of July sees Mahler 3 with the LSO and Bernard Haitink-AMAZING, and then Berlioz Romeo and Juliet with the legendary Monteverdi choir and Sir John Eliot Gardiner. This is topped by my new favourite concerto-Strauss’ twisting, singing Oboe Concerto with Francois Leleux and the Aurora Orchestra. 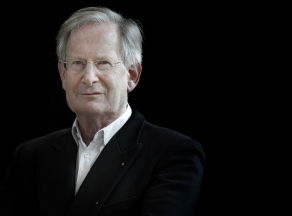 If I’m honest the week beginning the 1st of August isn’t incredible, although Schumann’s Violin concerto on Monday, Dvorak Cello concerto on Wednesday and Stravinksy’s Petrushka on Friday certainly intrigue me! However, the weekend hits you like a golf club to a dead rat-Saturday you can hear the NYOGB and Edward Gardner play arguably the best programme ever-Also Sprach Zarathustra Strauss and the Planets (Holst) WOW!! The National Youth Orchestra of Scotland, not to be outdone, play Stravinsky Firebird in the afternoon, and then are quite frankly destroyed by their own mates!! The BBC Scottish Symphony Orchestra play Stravinsky Rite of Spring under Thomas Dausgaard (their chief conductor) 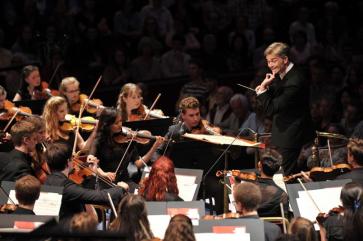 Edward Gardner and the NYOGB Prom 29

Just to skip a few, cause this is going on a bit, you must hear Mahler 5 with the BBc Symphony Orchestra and Sakari Oramo on the 14th of august, parts of Bach’s Motets with the amazing Sixteen and Harry Christophers, then the amazing Wagner Overtures with Barenboim and the West-Eastern Divan Orchestra. There’s also Tchaikovsky 5 on the 21st of August and Prokofiev 3 on 23rd of August, with Grieg Piano concerto on the Wednesday. Shostakovich Cello Concerto features on the 25th of August, with more Tchaikovsky on the Saturday. Sunday is amazing with Strauss’ Alpine Symphony. There is then ultimate Bruckner and Simon Rattle before I go back to school…!

Hope you got all of that! 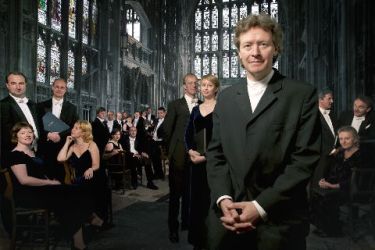 The Sixteen with Harry Christophers Prom 42

It’s all over on the 10th of September so do be sure to find a few concerts you’ll love out of the 75 proms. Tickets range from £6 to £90 so I’m sure there’s a spot for everyone! Obviously the Arena is the best, which I’ll talk about a bit now…

As you can tell, I’m getting quite passionate already and it hasn’t even started! I hope to see you at some of the proms, and if you need any help on the day or deciding which one to go to-give me a shout! If it’s Mozart you care for, or you’re up for some more choral music, or even if you’re ready to try a huge orchestral symphony or even full opera, I’ll find something for you!! 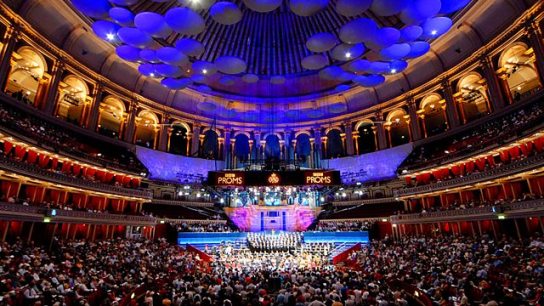 There are still some tickets available for buying online at http://www.royalalberthall.com/tickets/proms/proms-2016/ but I would always recommend watching in the Arena. You may have to stand up, but the atmosphere is electric and the sound quality is the best by far in the whole of the hall. If you’re watching an opera, you may want to go the Gallery to sit down-up to you! Have a look at the guides below to on the day promming.

My bullet-point guide to promming:

Proms in the Park